A complex and hybrid land nestled between the Val d’Orcia and the Maremma, the Amiata area is a hub of life and cultures that takes its name from Monte Amiata, a 1,738-meter dormant volcano dominating the landscape. In a place so rooted in its nature, its story can only be told through the elements, and so we offer here a metaphorical journey into this land.

The earth around Amiata is a fertile land, feeding its dedicated farmers for centuries and rewarding them generously with riches like mushrooms, chestnuts and the renowned olives from Seggiano. Thanks to this growth and development, the area has also been able to nurture its art and culture. Indeed, the cultures of Siena and the Maremma come together here, among the oak and chestnut forests in the six nature reserves, which priest and peace activist Ernesto Balducci, a native of Santa Fiora, called an “inland island”.

Water is the main element defining the personality of this region. Here, water flows three ways: gushing from its sources, frozen as snow or sprouting from hot springs. The water bubbling magnificently to the surface in Santa Fiora courses through the woods and merges with winding streams. Snow falls freely in the winter, to the joy of skiers, while in places like Bagni San Filippo thermal waters burst forth from the heart of the volcano.

Fire is another distinguishing element of these mountains; it purifies, destroys and recreates, making the soil fertile. Torches, bonfires and the Focarazza in Roccalbegna at Christmastime are folk traditions rooted in ancient customs. Everywhere you look, you see fire, like on June 24th, the feast day of St. John the Baptist and the day farmers burn their leftover timber, or in the winter, when it’s thought to bring good luck for the next harvest.

Then there’s the cool air of the mountains or the hot air balloons that take you high into the sky to observe the vast, verdant expanses, with views as far as the Apennines and Lake Bolsena. 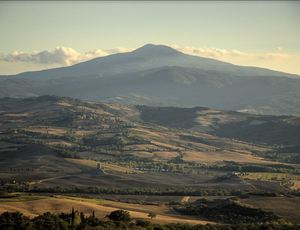 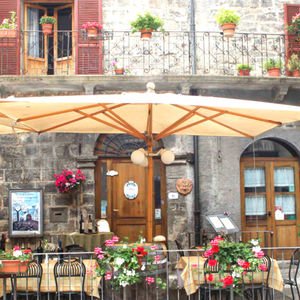 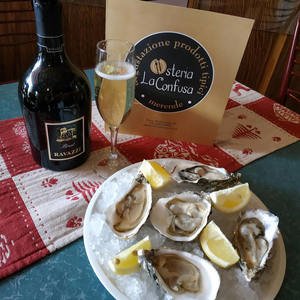 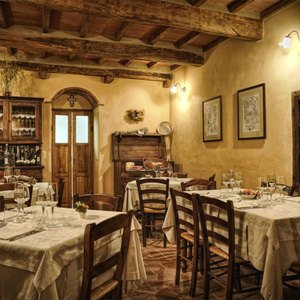